Inflammatory Conditions of the Heart

Heart Anatomy
The heart is made up of several layers, and each layer has a speciﬁc function. 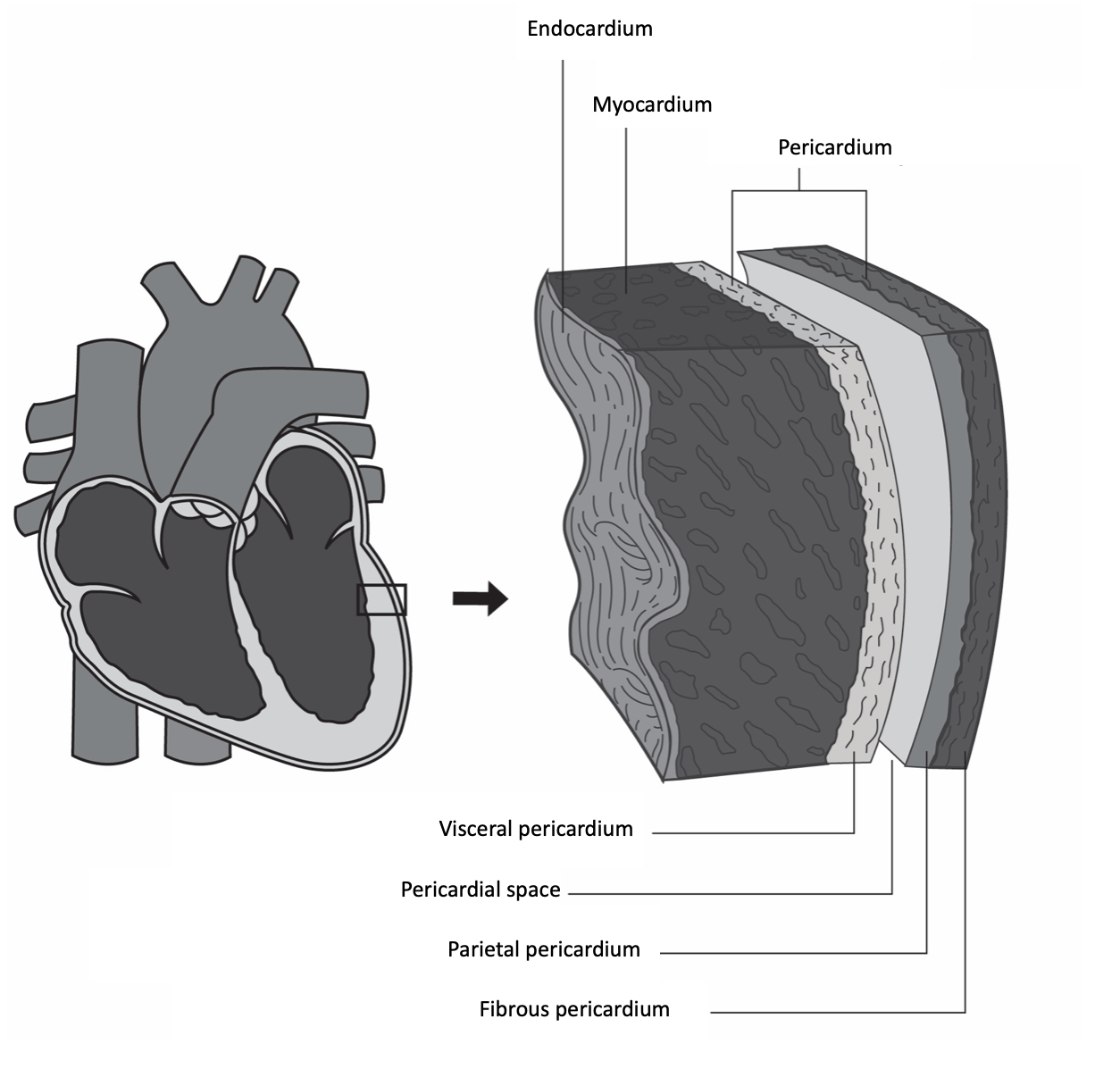 Endocardium
The endocardium covers the inner surface of the heart, including the valves. It is made up of endothelial cells, which are the same type of cells that cover the inside of all blood vessels. This enables blood to ﬂow through the heart smoothly.

Endocarditis
Inﬂammation of the endocardium is called endocarditis. It frequently involves a heart valve, in which case, the valve can get irreversibly damaged, which could then lead to heart failure. 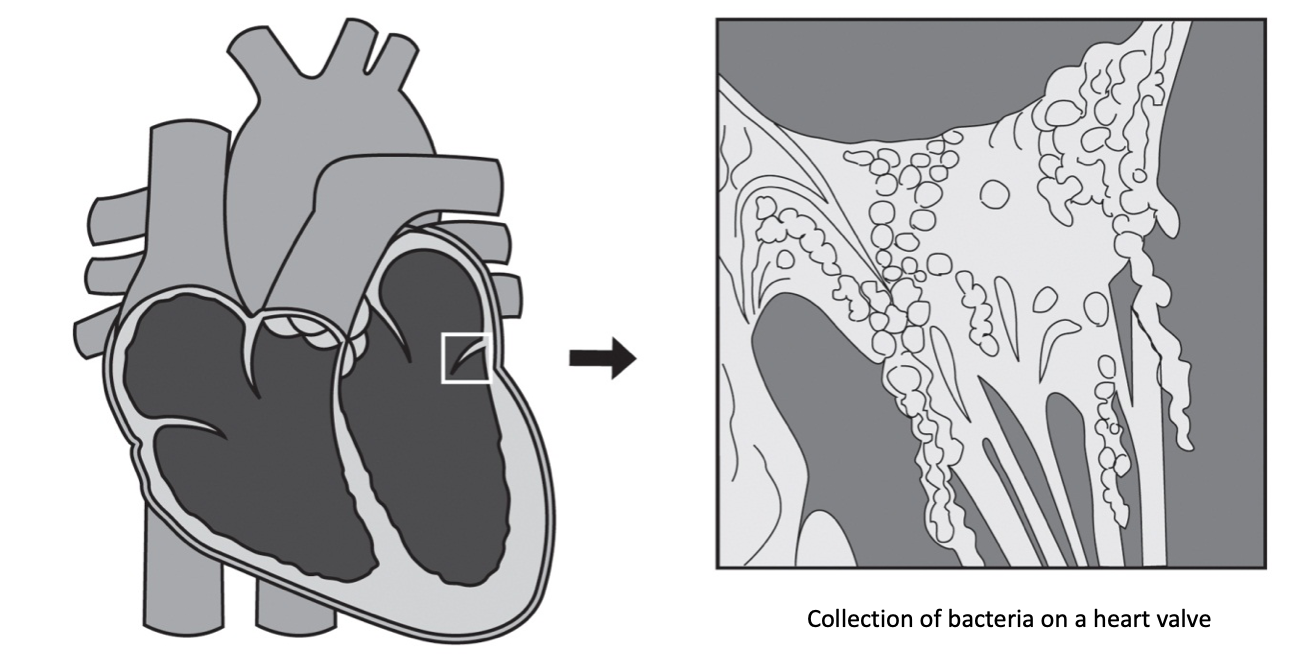 Causes – the most common cause is from bacteria; a condition called infective endocarditis. Bacteria are able to enter the bloodstream in a number of ways, such as during dental procedures, during invasive hospital procedures, or whilst injecting
illicit drugs.

Signs and symptoms – varied and non-speciﬁc, but usually include fever, malaise and fatigue.

Investigations – an echocardiogram (ECHO) can help diagnose endocarditis. The electrocardiogram (ECG) and chest x-ray are often unremarkable. In infective endocarditis the blood tests usually show raised white blood cells (WBC) and raised inﬂammatory markers (CRP and ESR). Blood culture is beneﬁcial if feasible.
Treatment – aggressive treatment with intravenous antibiotics is required for infective endocarditis. Healing is considerably impaired as the endocardium has a reduced blood supply to it. If there is valve damage causing heart failure, then this also needs to be treated.

Myocardium
The myocardium is the thick muscle of the heart, through which the heart is able to pump. The coronary arteries supply the blood to the myocardium.

Myocarditis
Inﬂammation of myocardium is called myocarditis. The heart muscle becomes enlarged and swollen, which can lead to heart failure and/or arrhythmias. 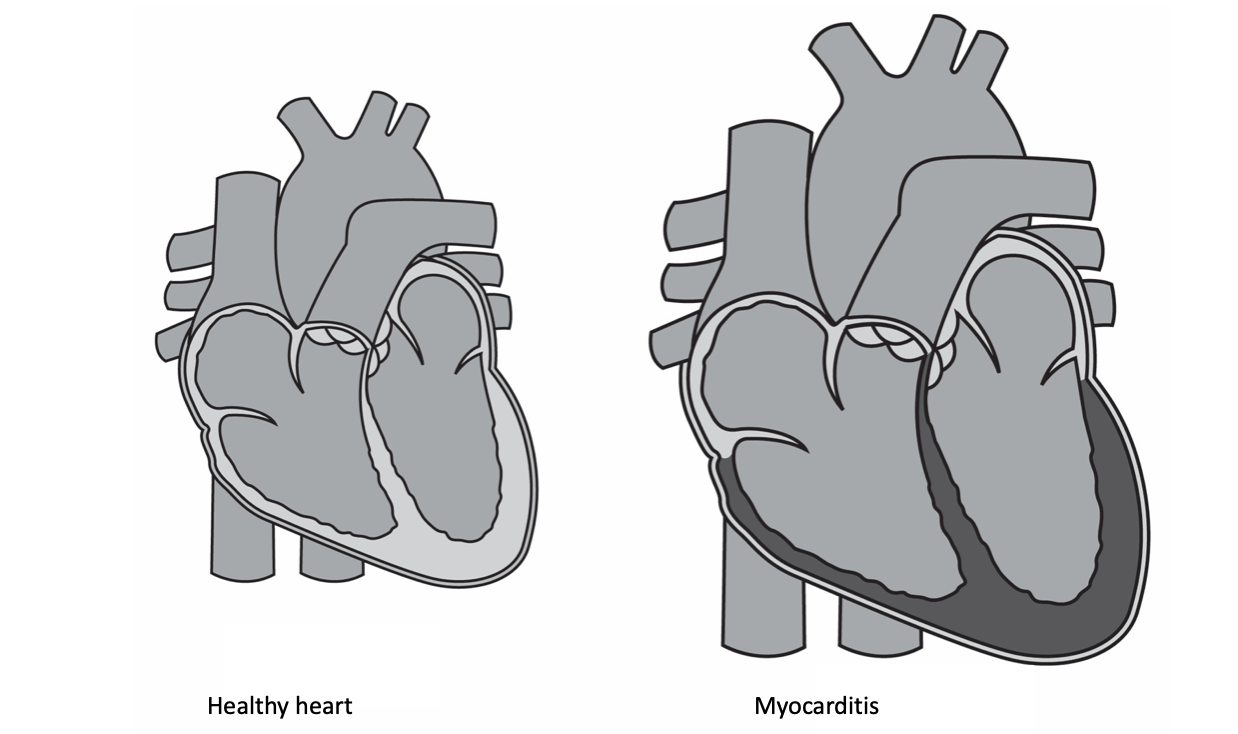 Causes – there are many causes, such as infectious, toxic or from an autoimmune disease (such as systemic lupus erythematosus). The most common cause is from a viral infection (such as inﬂuenza).

Signs and symptoms – varied and non-speciﬁc, but may include chest discomfort, mild shortness of breath, sometimes with fever. Patients with more severe disease may present with heart failure or arrhythmias.

Investigations – an echocardiogram (ECHO) can help diagnose myocarditis. The electrocardiogram (ECG) may have varied abnormalities. Chest x-ray can be performed and examined for signs of cardiomegaly, although heart size may remain normal. In viral myocarditis the blood tests usually show raised white blood cells (WBC) and raised inﬂammatory markers (CRP and ESR).

Treatment – if the cause is viral then no speciﬁc treatment is required, apart from analgesia and rest. Non-steroidal anti-inﬂammatory drugs (NSAID) are generally not advised. If the cause of myocarditis is not viral, then speciﬁc treatment related to the underlying cause is required. If heart failure or arrhythmias are present then these also need to be treated. 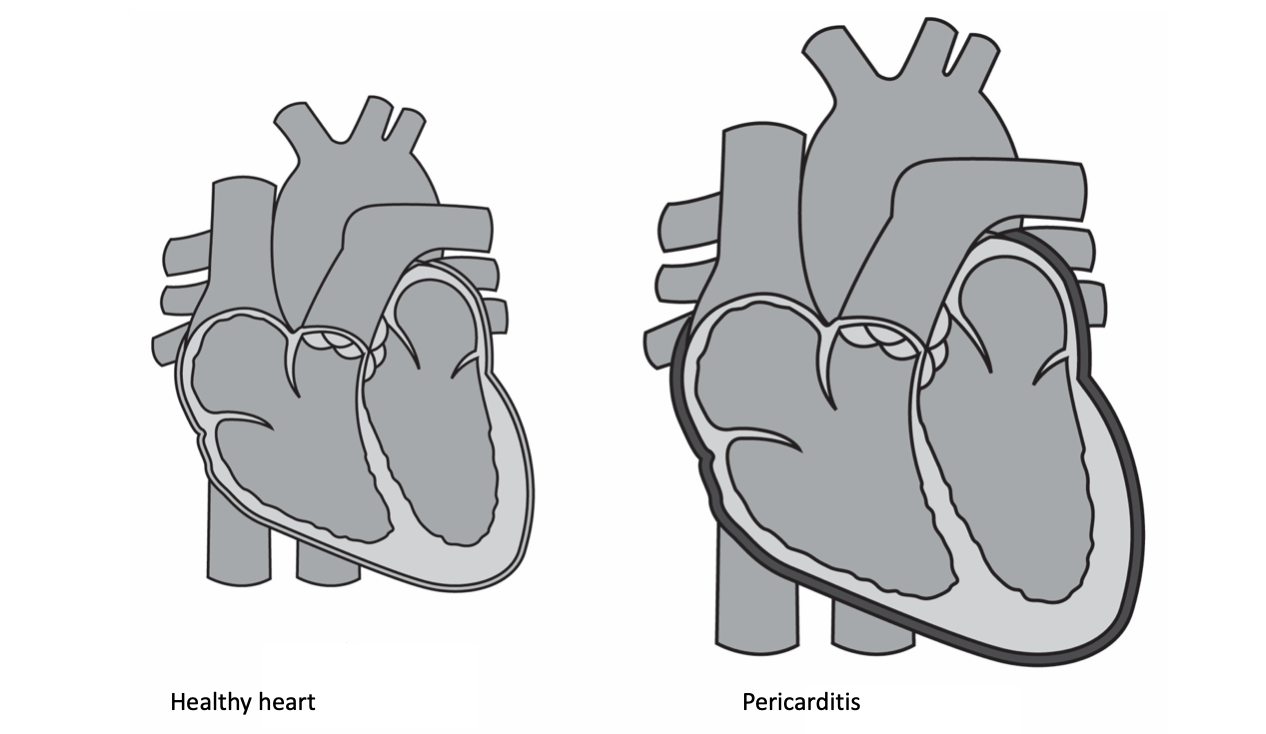 Causes – there are many causes, however the most frequent cause is from a viral infection (such as inﬂuenza).

Signs and symptoms – chest pain is a common symptom, caused by the inﬂamed pericardial layers rubbing together. The pain is characteristically sharp, and often made worse by inspiration or coughing. Furthermore, it is usually made worse by lying down, and usually eased by sitting forward. The patient may have a fever, although fever is not always present.

Investigations – the electrocardiogram (ECG) can help to diagnose pericarditis. Initially there may be widespread ST elevation. Various other ECG changes also occur and usually evolve over the following weeks. Chest x-ray and echocardiogram (ECHO) are usually unremarkable. Auscultation of heart sounds may reveal a pericardial friction rub, which is the scratchy sound of the inﬂamed pericardial layers rubbing together. However, pericardial friction rub is positional and transient, and may not be present at all. The blood tests usually show raised white blood cells (WBC) and raised inﬂammatory markers (CRP and ESR).

Treatment – if the cause is viral, then treatment is non-steroidal anti-inﬂammatory drugs NSAIDs (such as diclofenac). Alternatively, aspirin can be used. If there is no improvement after several days then steroids can be considered, such as prednisolone. If the cause is not viral then speciﬁc treatment related to the underlying cause is required.